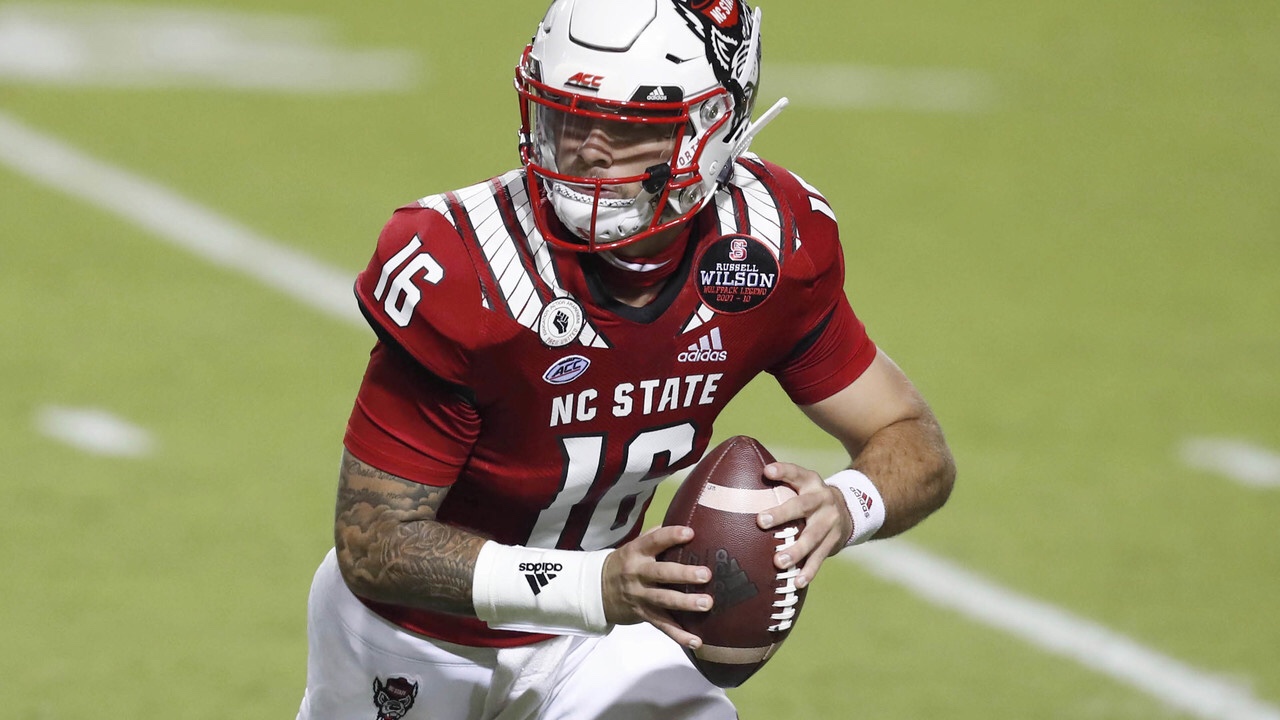 The Hokies finally get on the field after two weeks of postponements. As of the publishing of this post, the game is still on. Let’s hope it stays that way. The team has been struggling over the last three weeks with significant issues related to COVID-19. The team as a whole had to take a four-day pause from football activities since they had so many players out due to positive tests or contact tracing. Even now, as players start returning from quarantine, it appears like the Hokies may be without some key starters for NC State.

The rankings above are based on preseason rankings and one game that NC State has played against Wake Forest. NC State is a solid team that put up a lot of points against Wake Forest. The Wolfpack ran the ball well last week. That concerns me due to the fact that the Hokies have had many guys unavailable to practice for the last couple of weeks. We saw what happened to Navy after their team went no-contact in practice. BYU ran all over them. Since the team has been limited in practice for the last two weeks, let’s hope we don’t see that with our guys.

I’m a bit less concerned about the offense. If Braxton Burmeister has to play, he is ready. I’ve heard he is an excellent runner and a good passer. He has playing experience from his days at Oregon and he’s entering his second year at Virginia Tech. If called upon, he can do the job. What to look for on Saturday is a healthy offensive line that will be able to line up and run the ball. The Hokies have a stable of capable running backs. This week’s game plan should focus on running the ball, running the clock and keeping the defense off the field.

The first thing I want to see this week is for the Hokies to actually make it to kickoff. They still need to get through test results on Saturday morning before they are cleared to play. If they do make it to kickoff, they will still may be down a couple of starters. And they will be playing a team that has already played a game. Both of those things concern me. This is a good week for the Hokies to go with a safe game plan to pull out a victory. Next week, they should be able to get more of their guys back.

The Hokies had an up-and-down season in 2019. Starting 2-2 with losses to Boston College and Duke before going 6-3 with losses to Notre Dame, UVA and Kentucky. And offensively, looking much better down the stretch. The Hokies look to build on that success going into the 2020 season.

The Hokies return Hendon Hooker under center. With him under center, they averaged 34 points per game. The offense turned the corner when he started taking snaps in the Miami game. With some new playmakers around him along with a more experienced offensive line, this is a offense that could take off this season.

One thing this team has at wide receiver is SPEED. Expect Tre Turner, Tayvion Robinson and Raheem Blackshear to get a lot of snaps. The Hokies will continue with jet sweeps and misdirection from the wide receiver spot to keep defenses guessing. Also expect more plays over the top as the Hokies have the speed to exploit teams downfield.

There is experience at the running back position. Joining Keyshawn King will be Khalil Herbert, a graduate transfer from Kansas, and Raheem Blackshear, an honorable mention All-Big Ten player from Rutgers. This will give Justin Fuente more options to get more out of a position than in recent seasons. An effective running game will help open up the passing game. That has been an aspect of the offense that has been lacking in recent years.

This offensive line should be one of the better lines in the ACC. Seriously. This is a deep and talented group. It’s been a long time since we’ve seen smash-mouth football from the Hokies on offense. This looks like a sneaky good group that will be able to line and run the ball on almost anyone they line up against. With the lack of spring ball and limited contact in Fall practices, it may take a couple of games before they get going.

Expect the Hokies to have one of the better offenses in the ACC. The only thing holding this group back is introducing many new additions to the offense. By the end of the year, this group should be humming but in the beginning, it might be a little rocky. It would be surprising if they weren’t averaging 30+ points per game by the end of the season.

This will be a good defense. They have all the pieces in place for success. A couple of things that give me pause are 1) how does this defense respond to Justin Hamilton running the show? 2) how do they bounce back from not having Caleb Farley shutting down one entire side of the field?

Defensive end depth is thin. The Hokies will rely on Emmanuel Belmar, Justus Reed, and Jaylen Griffin. Behind them, the group will need to rely on freshmen or transfers for production. If other players don’t step up and produce, this looks like a concerningly thin group. Especially when a positive COVID test could keep a couple of guys off the field on any given week.

Linebackers should be an area of strength for the Hokies. At Backer, the group returns Dax Hollifield and Keshon Artis. At Mike, the Hokies bring back Rayshard Ashby who should be the leader of this defense. He is a tackling machine and one of the most productive defensive players in the ACC. This should be a good group and they have depth to be able to rotate players in and out.

The Hokies have options at cornerback but many are unproven. Jermaine Waller was one of the best corners in the nations last season. The Hokies are hoping guys like Armani Chatman, Brion Murray and Devin Taylor can cover the other side of the field. When Caleb Farley went down in the last two games of the season, it exposed the defense. Let’s hope we don’t get a repeat of that in 2020.

Normally, when you see a Virginia Tech defense bring back this many upperclassmen, you’d expect a top notch Bud Foster group. This year, with a new defensive coordinator and replacing key pieces like Caleb Farley and Tyjuan Garbutt, you don’t know what to expect. The group should be good, but how good? And can they stay healthy and/or COVID-free?

The Hokies also return Brian Johnson who went 19-23 on field goals last year. You would expect another solid campaign from him. If there is an area to watch is his accuracy beyond 40 yards where he was only 4 for 8. Inside of 40, he was a perfect 15 for 15.

Clemson. It’s no surprise to anyone that Clemson is the class of the ACC. In normal years, the Hokies’ homefield advantage would give Virginia Tech a nice boost. This year, all games are essentially neutral site games. I don’t like the Hokies chances on a neutral site against Clemson. Even if it is the last game of the regular season.

North Carolina. Louisville. Pitt. These are all tough games. Talented and well-coached teams. The Hokies can win any of these games. But these are all games where I see the opponent at least an even match with the Hokies. These are games where the Virginia Tech will need to make a couple of plays down-the-stretch to get the win. These should all be nail-biters.

Virginia. NC State. Duke. Wake Forest. Miami. The modified 10-game ACC schedule is littered with these games. I’d rather see the Hokies play these kind of games rather than cupcake games. These are far from guaranteed wins. The Hokies drop games like these every year — look no further than Boston College and Duke last year. All things being equal, the Hokies should win these games.

Boston College. Liberty. If the Hokies hope to have a good season and finish above .500, these are must-haves. They can’t afford to stub their toe here. If they do, an appearance in a bowl game may be in jeopardy this year.

Key games for the Hokies: at North Carolina, at Louisville, at Pittsburgh

Final Regular Season Record: 7-4 (6-4 in the ACC)
Expected finish: Tied for 5th in the ACC