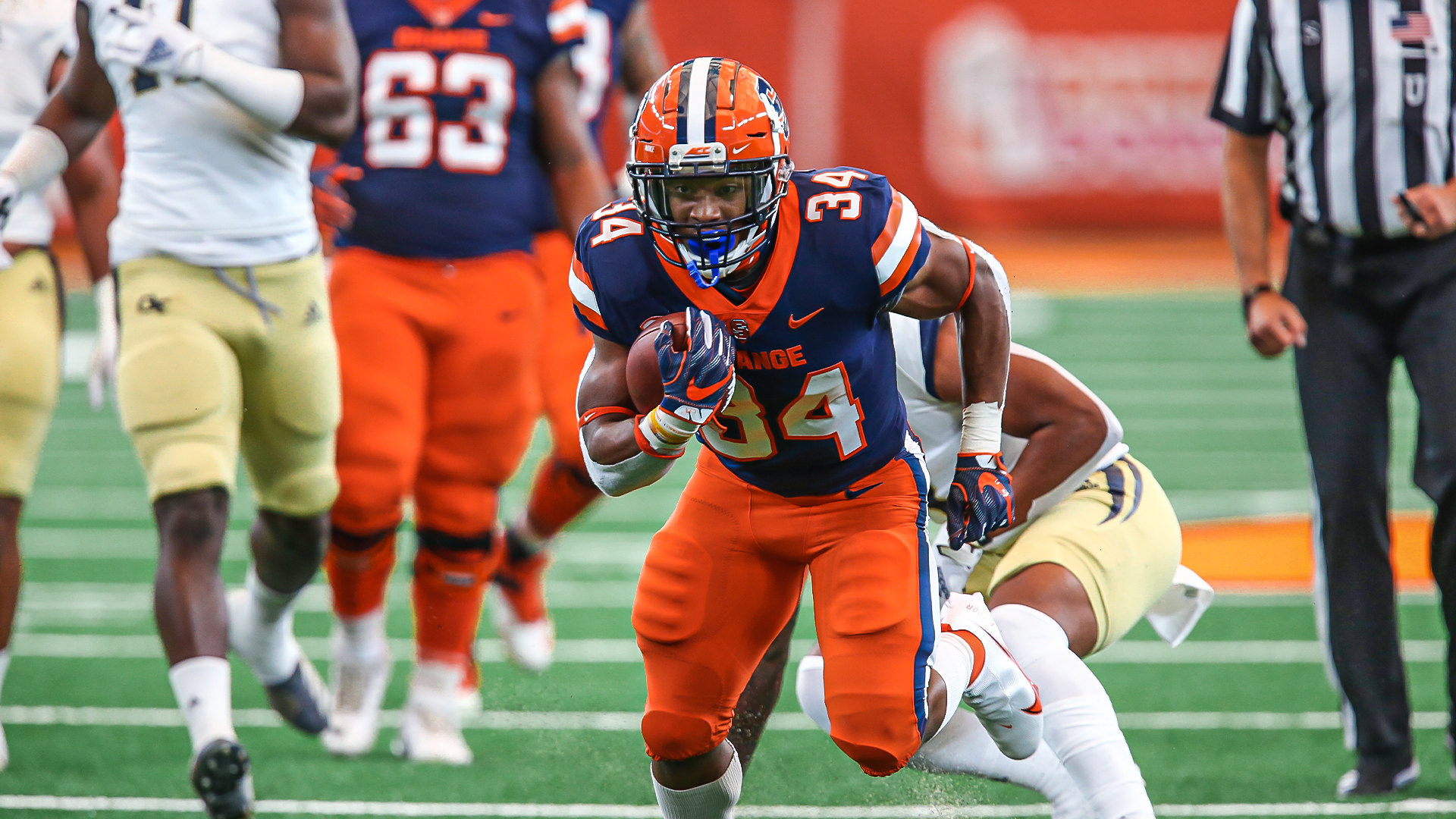 You can’t win if you can’t score. The Hokies defense put up a solid effort against Pitt. But the offense couldn’t stay on the field and the defense wore out. We’ll continue to see that unless this offense gets any better as the season goes on.

Syracuse runs the ball well. They are one of the best rushing offenses in the country. They have an elite running back in Sean Tucker and a quarterback who can get yards on the ground. This is the type of offense that has given the Hokies trouble in recent years. Expect the Orange to keep the ball on the ground and pound it right at the Hokies defense.

Syracuse defense is bend but don’t break. They give up a lot of completed passes but not a lot of yards. They keep the game in front of them. This is the type of defense that should be able to feast on the Hokies’ offensive approach this season. Virginia Tech will have to take some chances downfield to have success against Syracuse’s defense.

The two defenses are similar but Syracuse does one thing well and that’s run the ball. Last week, my pick was easy Pittsburgh had the better QB. This week, Syracuse has the better running back. Sometimes you don’t have to overthink it. The Hokies will score some points because this isn’t exactly an elite defense. But Syracuse will do enough with their running game to pull out a win. Lou Groza award winner Andre Szmyt for the win.

Hokies took care of business against UNC. Three straight blowouts can really inject a lot of life into a fan base. After the Tennessee game, fans were wondering if this team would make a bowl game. Now folks are talking New Year’s Six bowl. A lot can change in a couple of weeks.

On to Syracuse. Long-time Hokies fans still have nightmares about the Carrier Dome. That dome has seen a lot of weird games between the Hokies and the Orange. It also has not been particularly kind to the Hokies. But those games were a long time ago. Different coaching staffs and two different programs at this point in time. The players on these teams were young children the last time these teams played.

This Syracuse team reminds me a lot of the Tulsa team the Hokies played in the Independence Bowl. A great offensive passing attack with one really good play-making wide receiver (Amba Etta-Tawo). And not much of anything else. Didn’t that Tulsa team only lose to the Hokies by 3? They did. But Bud Foster’s D is playing much better this year than they were in the bowl game.

The Hokies have the clear advantage on defense. Even though Syracuse has an excellent passing attack, the Hokies should be able to slow it down. Syracuse also reminds me of ECU, who was able to have some success in the passing game. But the Hokies were still able to limit ECU below their season average. Syracuse does not take a lot of shots downfield. They are a dink and dunk West Coast offense but they still put up a lot of yards.

Key matchup to watch: Virginia Tech’s cornerbacks vs. Amba Etta-Tawo. Etta-Tawo is one of the best wide receivers in the ACC and one of the best the Hokies will see all season. He leads the ACC in receiving yards. It will be a tough task for the Hokies corners to cover him all day.

Syracuse has lost to every decent team they’ve played this year. Their only wins were against Colgate and UConn. All their losses have been blowouts. Syracuse excels in the passing game and at punt returns (#1 in the nation!) but does not do much of anything else well.

I expect the Hokies to have a bit of a letdown in this game. It’s just so hard to play so well for four consecutive games. Eventually you’re going to have one that’s not exactly a masterpiece. This is a classic trap game on the road sandwiched in between two games against ranked opponents. Even if the Hokies don’t play their best, I still think they can win comfortably. Syracuse is not a great team. In fact, they’re not very good overall. Imagine if this team was playing last year’s Tulsa team, they’d probably win… by a lot. The talent advantage is clearly on the Hokies’ side in this matchup. 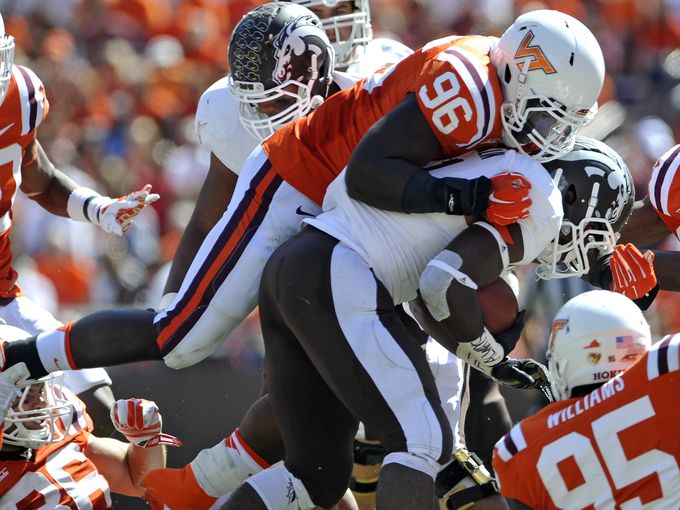 The Hokies have finally joined the shiny/chrome fad in college football. In this case, it was well-executed with a subtle touch in the VT logo as opposed to the Christmas ornaments we’ve seen teams across the country wear in recent years. Looked good.

I like the orange jerseys in spite of our W-L history wearing them. Pulling these out for the orange effect game seems appropriate. They should only to wear them when the Hokies are at least 3 TD favorites. Otherwise, things can get dicey.

The pants looked great with the orange jerseys! Flawless execution.

This combo is similar to the one I like to use when I play as the Hokies in NCAA 14. I think it’s a good look and it’s the best possible execution of the orange jerseys without looking like a bunch of pumpkins or like Syracuse. I’m not sure who is coming up with the uni combos this year but they’re doing a great job. No major stumbles thus far. Keep up the good work!