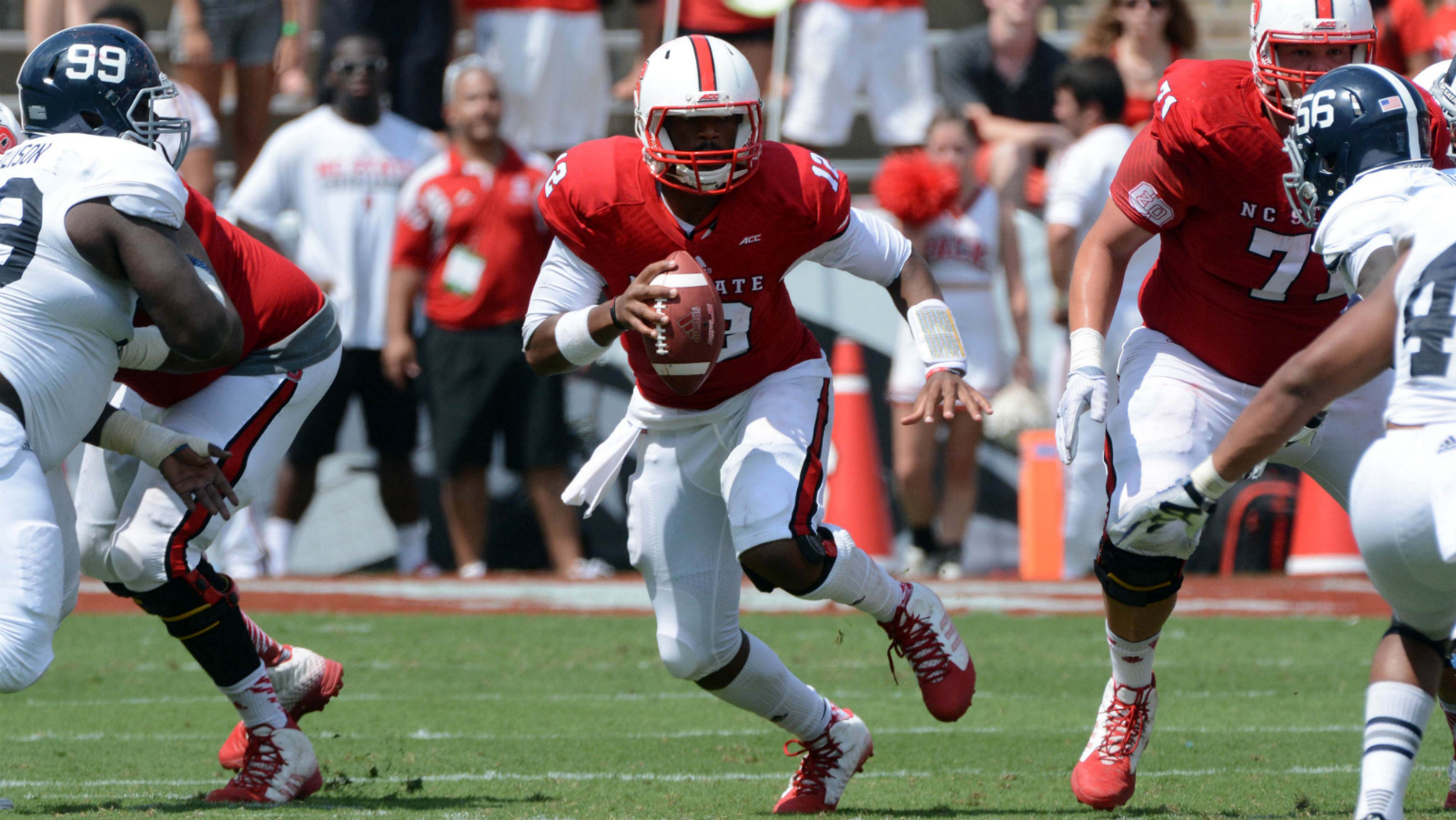 The Hokies have been a disappointment so far. There is far too much talent on this team to be a sub .500 team. That’s even without the services of Michael Brewer and Kendall Fuller. The Pitt game was just embarrassing. We got Stanford’d… BY PITT! They just dominated line play on both sides of the ball. It was not a banner day for Virginia Tech football.

Now let’s get down to some realities about Virginia Tech football. This simply is not a good team right now. This team resembles Mike London’s Hoos more than they resemble the Hokies that we all know and love. The Hokies are 1-7 in their last 8 home games against Power 5 competition and that one win was against UVA. They aren’t exactly a powerhouse program right now and it required a 4th quarter comeback to pull off that victory.

Well, time to move on to NC State. Jacoby Brissett is solid QB with good mobility. As we found out the last few weeks, the Hokies seem completely unable to stop a mobile QB. I don’t know what it’s going to take to change that.  Brissett only has 39 rushing yards for the season. I wouldn’t be surprised if he matched that on their first drive. Let’s hope the Hokies have found the lunch pail since last Saturday.

Let’s hope that Michael Brewer starts Friday night. The film is out on Brenden Motley and if the Pitt game is any indication, it appears like the offense is pretty limited with him at the helm. NC State has the type of secondary that Michael Brewer will be able to move the ball against if he can get better protection from the offensive line. This is the type of game where the Hokies need to put the ball in the hands of their playmakers and let them make plays. Isaiah Ford, Bucky Hodges and Ryan Malleck should be able to win a lot of matchups in this game, if the QB can get them the ball.

I have the same record as the Hokies in picking games this year. I’m going to start picking against the Hokies until they show me that they’re not a bottom feeder ACC team. I would used to say that a night game at Lane Stadium is a cure for what ails you. Now I’m not so sure. Here’s to hoping that Michael Brewer injects some life in the offense and that the defense has found the lunch pail. If not, it’s probably another week of one possession loss misery.

Virginia Tech is a .500 team. It’s been that way for the last three years and not much has changed. The loss of Kendall Fuller and Michael Brewer means that this year’s team will more than likely to be a .500 team again this year. From here on out, the Hokies need to win their home games and try to steal a win or two on the road.

These teams are very closely matched. Neither team is really exceptional on offense or defense. They both clearly have their flaws on both sides of the ball. When you combine that with sloppy conditions on Saturday, you can’t really be sure what you’re going to get from either team. This is going to be an ugly game.

I hope this week Bud has spent some time working with the defense on how to contain a running QB. There’s a good chance we see Chad Voytik this week. Remember, he’s the guy who ran for 116 yards against the Hokies last year.

The Hokies are a much better team than what they showed last week, injuries and all. Count me as thinking that the penalties will get cleaned up and we will see improved play from the secondary and linebackers in the coming weeks. There is talent there, but everyone has yet to put it all together. I’m going with the Hokies in a close game. They’re two evenly matched teams. I’ll go with the home team. 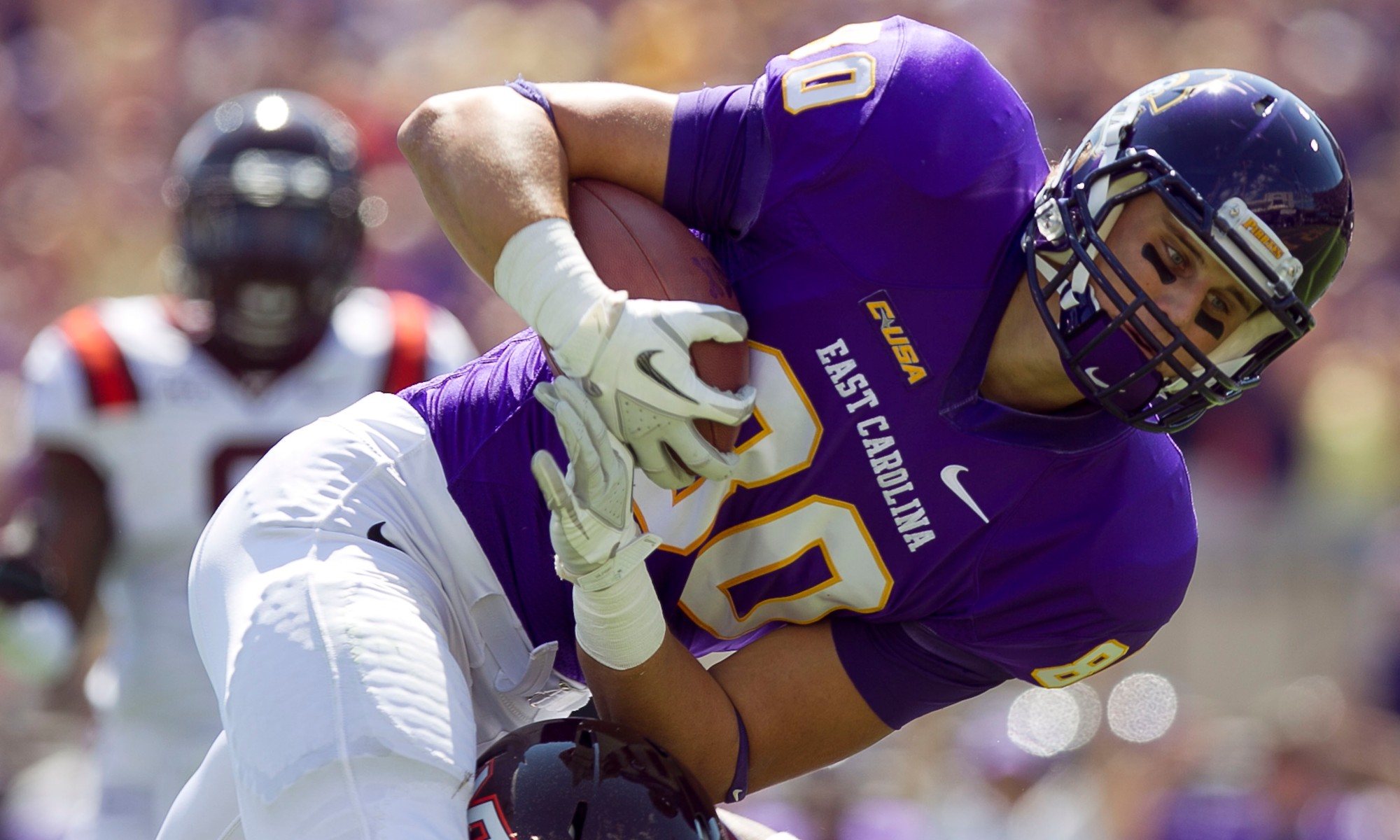 In 2015, the Hokies are simply a better team than ECU. Basically, across the board. That was also the case last year but ECU had some weapons in the form of Shane Carden, Justin Hardy and Cam Worthy which evened the playing field a bit. I’m still trying to figure out what happened last year. It was some strange combination of Ohio State hangover, nagging injuries and a sleepy start for a nooner. Either way, ECU earned it last year but I’m not sure they have the horses this year.

On paper, the matchup of ECU’s offense vs VT’s defense appears to favor the Hokies. ECU has a one dimensional offense and their strength (passing) matches up with VT’s strength (secondary). The only caveats to that are health (Fuller & Facyson) and inexperience (Alexander). Otherwise, VT should be able to limit what ECU can do thru the air. On the ground, ECU is a non-factor. The only team they’ve been able to run on is Towson and they’re not exactly a powerhouse. Watch out for their TE Bryce Williams though. He could present some problems for VT’s LBs and secondary.

For the offense and Brenden Motley, this game represents a step up in competition and the atmosphere will be charged. If VT can lean on the run game like they did against Purdue, I think they should be able to move the ball well against this ECU defense. I don’t think they will be asking too much from Brenden Motley in this game. The gameplan should be to methodically move the ball downfield with the run setting up the pass. ECU does not give up many big plays but if VT just takes it one first down at a time, they should be a good shape.

This game is regularly described as ECU’s biggest game on the schedule. ECU will be on national TV in front of a hyped crowd. Expect their best effort. I think the game at Purdue was good preparation for this game. It gave the Hokies some confidence that they could go on the road and win. This game will certainly be more difficult but I think this year’s Hokies are up to the challenge. Key to this game will be the defense forcing a couple of three and outs early and getting the crowd out of the game. If they can do that and avoid a turnover fest on offense, they should be in good shape.

We’re halfway through the season and we’ll take some time to examine who has stood out on the 2014 Hokies. 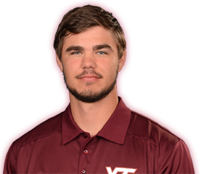 Winner: Michael Brewer. He’s the straw that stirs the drink. Does he turn the ball over too much? Yes. But he also moves the offense better than it has since David Wilson, Danny Coale and Jarred Boykin were here. Virginia Tech’s current total offensive ranking is 71st. The Hokies were ranked 101st in total offense last year. There has been a significant improvement and lot of that can be attributed to better QB play (sorry, Logan).

Winner: Kendall Fuller. Seriously, who else could it be? When you throw at Kendall Fuller, you do it at your own peril. He has locked down every receiver he has faced this year. He basically shuts down one side of the field for the opposing offense. I’d rather not imagine what the Hokies’ defense would look like this year without him. Few teams in the country have a weapon in the secondary like Kendall Fuller. 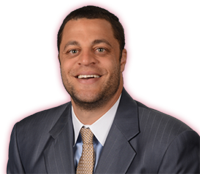 Winner: Aaron Moorehead. It helps when you recruit two players like Isaiah Ford and Cam Phillips. Last year, he squeezed as much production as possible from a receiving corps that Rece Davis referred to as “hot garbage” after the Alabama game. This year with Ford, Phillips and Byrn you’re starting to see a lot of production from that position group. It is not easy to get true freshmen to perform at the high level that Ford and Phillips are and that’s a testament to the good work of Aaron Moorehead. 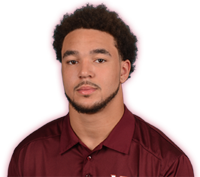 Winner: Bucky Hodges. The word out of spring and fall practice was that Bucky Hodges looked really good and would contribute this year at TE. No one said he would be the next Jimmy Graham (maybe that’s a little bit of an exaggeration). He looks very similar to TEs that have been drafted to the NFL in recent years (Ebron, Ertz, Reed). Enjoy him while we have him because he might be gone sooner rather than later. He’s that good.