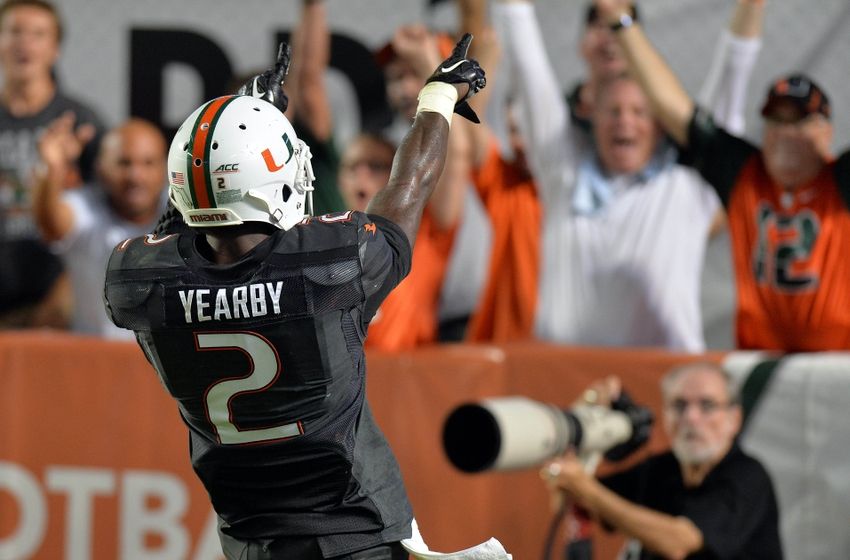 The Hokies are catching the Canes at a good time. Recent history tells us that the Canes lose a little bit of their edge after losing to FSU. It’s been like that for about the last five years. We’ll see if a beat up Miami team still has the focus and energy to show up on Saturday.

A couple of keys for the Hokies will be stopping Miami’s advanced passing game. Brad Kaaya is a very good passer having thrown for almost 1,500 yards with eight touchdowns and only one interception. VT’s young secondary will have to be up to the task of covering Miami’s group of talented and experienced wide receivers. They have the type of speed that should pose a major challenge to the Hokies inexperienced secondary.

Last year, the Canes steamrolled the Hokies on the ground. The just lined up and ran it down our throats. That’s less likely to happen this year since the Canes are starting a very young offensive line along with two running backs who while talented, are not Duke Johnson. This is a game where the Hokies can’t afford to get bad play from their linebackers. They need to be able to stop the run and make Miami have to beat the Hokies through the air.

This is not your father’s Miami defense. This is a game where the Hokies offense should be able to move the ball both on the ground and through the air. Regardless of who is playing quarterback for the Hokies, they need to look to establish the run to set up the pass. In each of their victories this season, the Hokies have been able to run the ball effectively to help out their passing attack. Let’s hope we see more carries for Travon McMillian this week. The Hokies simply need to pick a running back and stick with him like they did in the NC State game.

On paper, this game looks very even. Most Virginia Tech-Miami games are. One team is going to take a big step forward this week toward remaining in the Coastal race. The team that loses this game runs the risk of letting the division race slip away from them. I’m hoping the Hokies gained confidence from that win against NC State but I’m still worried that the speed of Miami’s wide receivers combined with inconsistent play from the VT linebackers will lead to a long day down in South Florida. Just like last week, prove me wrong, Hokies.