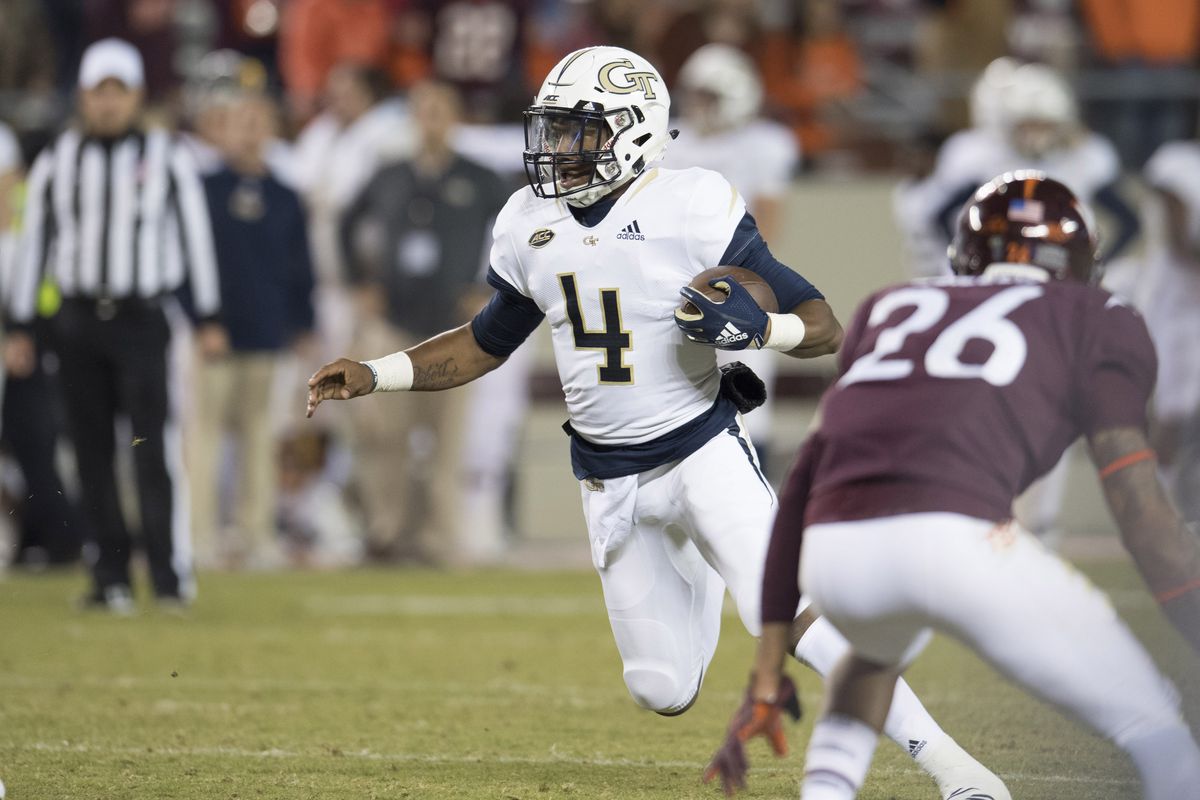 With the win against Wake Forest, the Hokies have put themselves in good position for a bowl game. And even a shot at the Coastal division title. The key for the Hokies is to keep the momentum going. Next up are key Coastal division games against Georgia Tech, Pitt and Virginia. The Hokies cannot afford to overlook Georgia Tech. They are an improving team under Geoff Collins. Tech needs to head to Atlanta with a take-care-of-business attitude.

Offense has been a struggle for Georgia Tech this season. Most expected a difficult the transition from the triple option to a spread offense. The Jackets have not been a threat in the passing game this season. But they can break a big play from time-to-time. Georgia Tech’s offense likes to run the ball and try to shorten the game. They want to keep the clock running. In order for the Hokies to be successful, they will need to stop the run and not get beat downfield with the long pass.

Georgia Tech is better on defense, particularly against the pass. The Jackets rank 119th against the run but rank 31st against the pass. It’s safe to say if you want to move the ball against Georgia Tech, your best option is on the ground. This is actually a pretty good matchup for the Hokies. The running game has looked a lot better with Hendon Hooker under center. The key for the Hokies will be to not turn ball over and give the Jackets struggling offense a short field.

Here are the last three games against Georgia Tech:

The Hokies had a long stretch of success against Georgia Tech from 1990 thru 2015. But since then things have gone downhill. Virginia Tech were Vegas favorites in all three games but were on the losing end of upsets all three times. They need to change that. Paul Johnson was a thorn in the Hokies side for a long time. But he’s gone now. The Hokies need to go down to Atlanta and take care of business. On paper, this looks like a favorable matchup. The Hokies need to watch out for a motivated opponent playing on their home field. Georgia Tech is improving as the season goes on. They want to get that first ACC win at home. The Hokies need to go in focused to not mess around against an overmatched opponent.