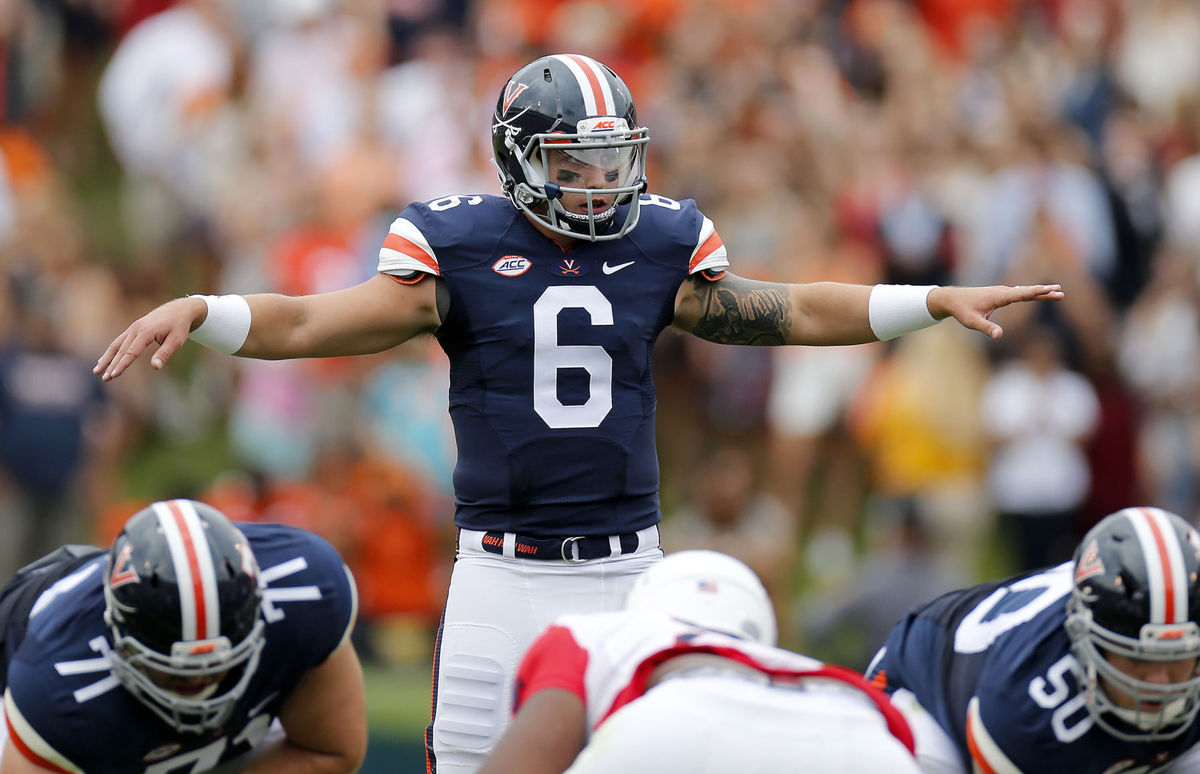 The Hokies are struggling through a number of injuries but they found a way to win against Pittsburgh. If the Hokies want to win against UVA, they’re going to have to dig deep and find some unexpected heroes.

When I’ve watched the Hoos this year, I’m been really impressed with Kurt Benkert. He is the engine that makes their offense tick. He will also be one of the best quarterbacks that the Hokies have seen all season. Lucky for the Hokies that he is not a running quarterback. But given how well he distributes the ball, the Hokies defensive backs and linebackers will have their work cut out for them. Particularly across the middle with Terrell Edmunds being out and Mook Reynolds potentially missing time.

Kurt Benkert had a great first half against Miami last week but couldn’t keep it up for 60 minutes. If he can have a full 60 minute performance against the Hokies, he can give the them a lot of trouble. He reminds of Will Grier at WVU. He can carve the Hokies up like few quarterbacks that VT has seen this season. He is an NFL caliber talent.

This will not be a beauty of a game to watch. If the Hokies hope to win this one, they will have to win it ugly. The VT defensive backs will have to step up and not allow Kurt Benkert to carve them up for big yards especially over the middle. The Hokies linebackers will also need to be aware of running backs and tight ends getting involved in the passing game. I’m expecting a game like the Pitt game. Defense and special teams will be critical. They may need to bail the offense out in this game.

The Hoos have all the pieces they need to win but they also need to contend with the 13 year monkey on their back. They’ve been close to winning in recent years but couldn’t make the plays in the clutch to pull out a victory. I expect a very close game and the team that can make the plays in the fourth quarter will come out with the victory. 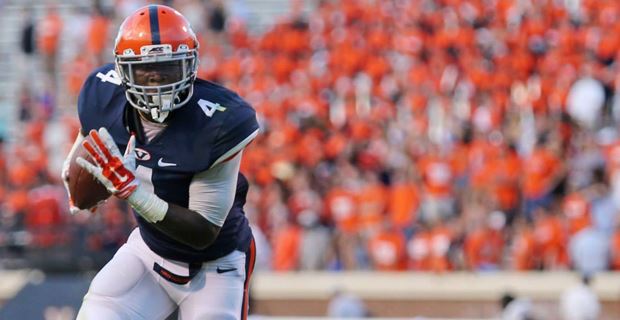 The Hokies pulled out an epic comeback against Notre Dame. The biggest one since NC State in 2010. The second half was the best half of football this team has had since the first half of the Duke game. All season I’ve been waiting to see the team that had three excellent games against BC, ECU and UNC. There have been glimpses and spurts but it hasn’t been consistent. Putting together a complete game against UVA would be huge for this team.

UVA has only won two games this season. They beat Central Michigan at home and beat Duke on the road. They’ve been able to keep games reasonably close but haven’t been able to close the deal. This looks like a team that has been improving throughout the year but may not have all the pieces in place yet.

At quarterback, Virginia will be playing either Matt Johns or Kurt Benkert or both. Matt Johns has the higher completion rate but also has the higher interception ratio. Kurt Benkert has a better touchdown-to-interception ratio but he has the lower completion rate. Neither quarterback is much of a threat to run (thank goodness!). Both have had their moments this year but have been inconsistent overall. UVA is best in the passing game so they will need a big game from whoever is playing quarterback for them.

Running back Taquan Mizzell is a big weapon that the Hokies must account for. Particularly in the passing game. He is a threat to make plays out of the backfield. He has over 400 receiving yards this season in addition to over 800 yards rushing. UVA runs a lot of their offense through Mizzell. The Hokies need to keep an eye on him whether UVA is running or passing.

UVA has not been consistent on defense but they have three big-time players. The Hokies need to account for Micah Kiser (MLB), Quin Blanding (FS) and Andrew Brown (DE). These are UVA’s playmakers and have the ability to change a game. The Hokies will have to be able to win the one-on-one battles with them to have success on Saturday.

This is a huge game because it will likely decide whether the Hokies go to the ACC Championship Game. That would be a big step forward in Justin Fuente’s first season as head coach. UVA would like nothing more than to spoil those plans. They would also like to put an end to the Hokies’ 12 game winning streak in the series. Rivalry games are never easy. Throw the records out the window. Both teams want to win this game bad. The Hokies just have more talent and motivation this time around.