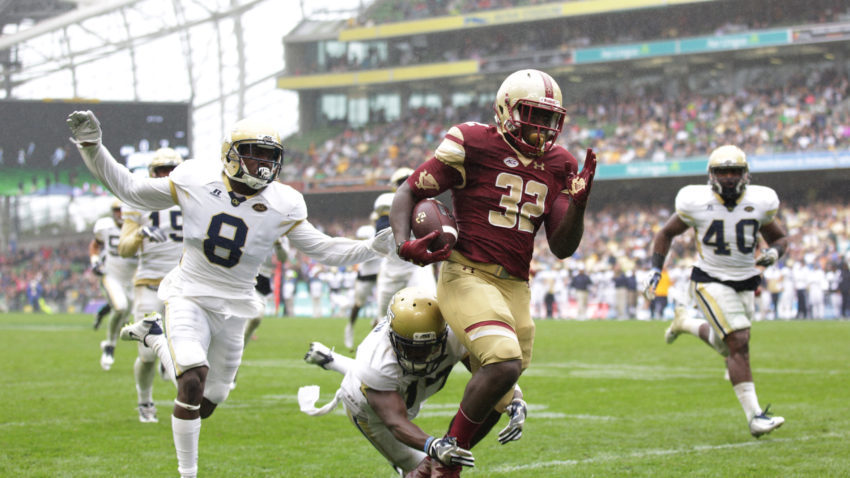 Stop. Fumbling. The. Football. If the Hokies had been able to hold on to the football on Saturday, they likely would’ve won. Or at least would’ve had a good chance to win.

Oh well. On to the next one. Up next is Boston College. Here are their last 9 ACC games:

This might be the toughest defense that the Hokies play all season. They allow 48 rushing yards per game. And they’ve already played Georgia Tech. Georgia Tech only managed 2.7 yards per carry against them. This is a team that you cannot run on. If you want to beat BC, you have to beat them thru the air.

You know what else makes this an intriguing matchup? Scot Loeffler. He’s the Eagle’s new offensive coordinator. You can bet he knows our personnel pretty well and he know Bud Foster’s defense. If there is anyone who knows how to exploit our personnel on defense, it’s him. It should not surprise you if BC has a couple of tricks up their sleeve against our defense.

The Hokies are 2-9 in their last 11 home games vs the Power 5. It’s time for that to change. Boston College have lost their last 9 ACC games. You would think this should be an easy game. Not likely. BC is the type of team that can beat you with defense alone. Especially if you’re prone to making mistakes and turning the ball over. I still expect the Hokies to win but the offense is going to need to make some plays thru the air. This one won’t be easy.