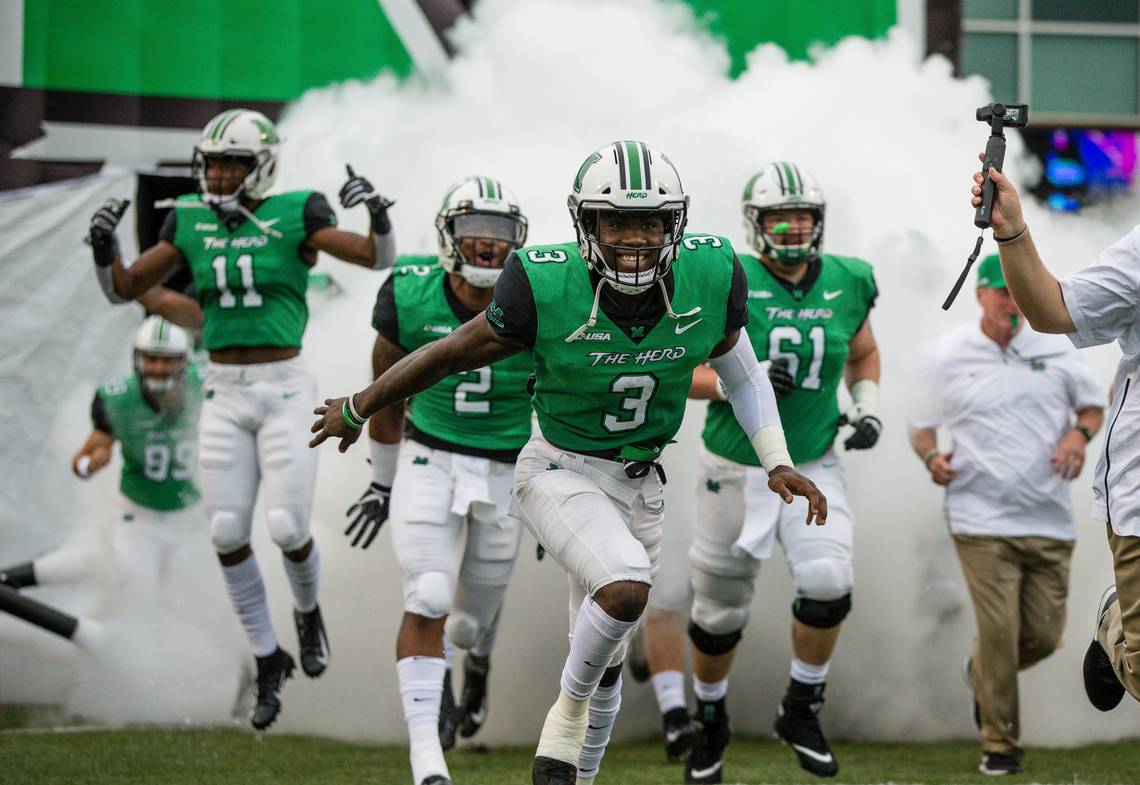 The Hokies get to play a 12th game! I like how Adam Amin described the Hokies game against UVA as tournament football. Lose and go home. Luckily, the Hokies were able to get past their in-state rivals. They brought an increased intensity and got a couple of fortunate bounces. Commonwealth Cup streak – check. Now the Hokies get the chance to keep another streak alive with a win against Marshall.

This week you’re going to hear that Virginia Tech scheduled a win to become bowl eligible. That could not be further from the truth. Marshall is good! They have 8 wins and by the S&P+ ranking they will be 3rd best team the Hokies have faced this season. I believe the ranking is inflated to some degree by who Marshall has played this year but nonetheless this is a good team.

They remind me of a Frank Beamer coached team – limited offense but a really strong defense. The one good thing about this matchup is the Marshall does not look like the type of team that can exploit the Hokies struggles on defense. They will certainly be able to move the ball but I don’t expect the point explosion that a lot of teams have been able to put on the Hokies in the 2nd half of games. They have a better passing offense than rushing offense but it’s not exactly explosive. Watch out for Marshall’s big wide receiver, Tyre Brady. He has 64 catches and 9 touchdowns this season and has been targeted 126 times this season!

Marshall has an extremely stingy defense. This is a defense that doesn’t give up much on the ground which requires teams to try to beat them through the air. Teams have had some success against Marshall in the passing game. The Hokies offense will need to make some plays against this defense in order to win. This would be a good game to see a lot of misdirection and RPOs to keep Marshall out of sync. They might even throw in a trick play or two. Keep an eye on Safety Malik Gant, he leads the team in tackles and tackles for loss – which you don’t see very often from the safety position.

This game has the makings of a lower scoring affair than the Hokies are used to. Marshall has been very good at winning games where they score less than 30 points. What’s critical in this game is that the Hokies put up points on Marshall’s defense. The Hokies defense should be able to do enough to keep them in the game but the offense has to score against the Marshall defense. A big play on special teams would help too. This looks like a pretty even matchup on paper, but the Hokies should have the motivation edge and will find a way to pull it out in the end.