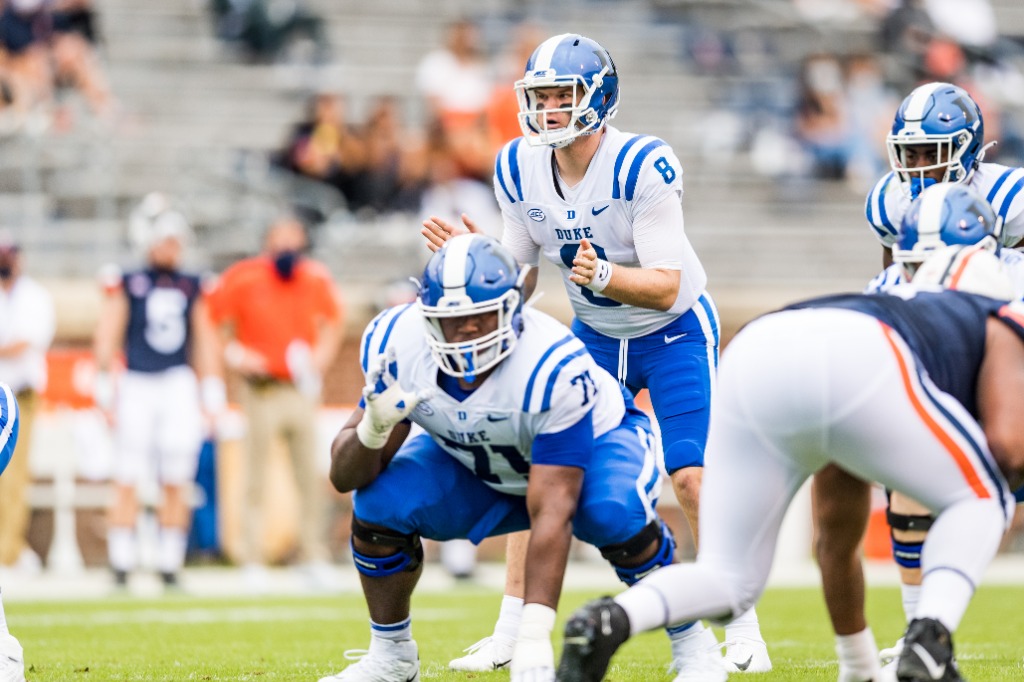 Last week’s win was a big one. Being down 23 players and 2 coaches is a big deal. Especially when even more than those 23 players hadn’t practiced much in the two weeks leading up to the game. Getting a conference win given those circumstances is impressive. The coaching staff did a great job preparing the team, despite difficulty practicing and preparing with a couple of starters out.

Duke has struggled on offense this year. They are 70th in the nation in turnovers this year (out of 72 teams that have played). Ouch. Their quarterback, Chase Brice, is only completing 51.3% of his passes with a 1:3 TD-INT ratio. Also not good. You start to wonder if David Cutcliffe might give his backup a shot in this game. Duke’s struggles in the passing game might not look so bad if they had an effective running game, but they rank 65th in the nation in that category. Duke is averaging 254 yards through the air this season. But most of that is due to the face they’ve been trailing by multiple touchdowns in their three games this season. If the Hokies have to play backups in the secondary, Duke may find some success thru the air.

Duke’s defense is solid, but their offense haven’t done them any favors by leaving them out on the field a lot this year. They have a pair of talented defensive ends who can get after the quarterback. Like last week, this is a good week to get the running game going and keep pressures off the quarterback. Any slow developing plays work to the strength of Duke’s defense. Virginia Tech needs to focus on the running game, screen game and quick passes to keep the Duke defensive ends out of the backfield.

Duke looks better than their 0-3 record. With that defense alone, they should be able to win some games. Unfortunately for them, their offense has been a disaster to start the year. They can’t run or pass with any sort of predictability. And that’s when they aren’t turning the ball over — which they do a lot. Like last week, the Hokies might be down a couple of starters due to COVID-related issues. Also like last week, this is another week where they should go with a safe gameplan of running the football to try to keep their defense off the field. Worked for them last week. And it’s likely to work for them again this week.

One Reply to “Duke Preview and Prediction”