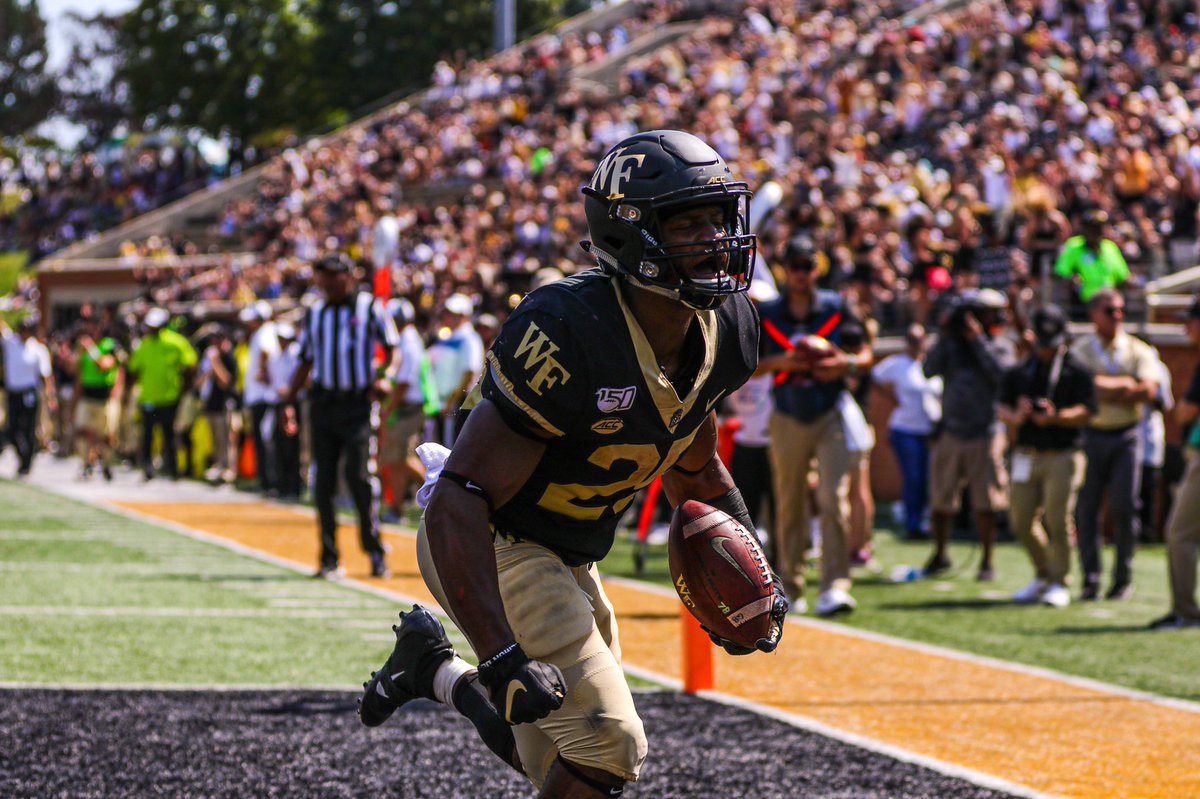 The Hokies took care of business last week against Boston College. I still believe that Boston College is the sneaky good team I described them as last week. Five turnovers were their downfall. But give them time and that’s going to look like a very good win at the end of the year. This week the Hokies move their attention to Wake Forest.

Wake Forest reminds me of NC State. They are competent on both sides of the ball, but aren’t really great at any one thing. Their most impressive stat is being ranked 2nd in the nation averaging a +2 turnover margin per game. They’ve only turned the ball over once all year. That’ll keep you a lot of games. The scariest aspect of their offense is that they are VERY well balanced. If the Hokies can’t stop the run, they might run into a situation like the UNC game where Wake could pour on the points. I’m hopeful the run defense has improved since that game, but will the Hokies be able to stop Wake’s potent passing attack?

Offensively, this looks like a very good matchup for the Hokies. Wake has trouble stopping the run. The Hokies have been able to run all over everybody they’ve faced so far. I also don’t think Wake has seen a rushing attack with a mobile QB like the Hokies have in Hendon Hooker. You can bet to see some 8-man fronts from Wake to get the Hokies to have to beat them through the air. If Tech can keep them honest with the passing attack, Virginia Tech should have a big day on the ground.

This one has shootout written all over it. Wake will have success moving the football and putting up some points. The Hokies have a chance to limit that success if they can limit the run game and get after their quarterback. I like both offenses but Virginia Tech’s is a little better. With a few more bodies back on the defensive side of the ball, we’ll see an improved defensive effort as well. One thing that scares me is that Wake is very good in the return game. So that’s an element that could flip this game on it’s head. But all things being equal, I like a close game shootout where the Hokies end up winning by a touchdown.