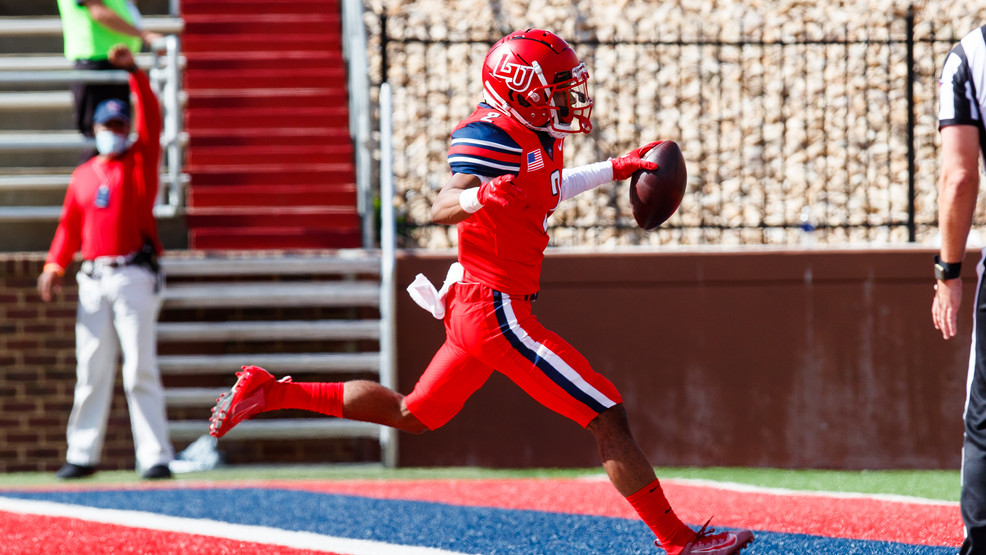 When the Virginia Tech offense is humming they are tough to beat. Louisville’s impressive offense was able to put up 35 points on Tech’s defense but it wasn’t enough. The only team that has been able to foil this offensive attack is Wake Forest. But I’d argue it was the turnovers more than Wake’s defense.

The Hokies are currently 14.5-point favorites over #25 ranked Liberty. 6-0 is 6-0. But it’s a questionable 6-0 against not exactly the toughest competition. Their opponents this season have a combined four wins. Yes, you read that right. They’ve played six teams who have COMBINED for four wins. Yikes! But they took it to Syracuse in the dome so it’s best not to overlook this team.

The Liberty offense looks pretty good. They look like a less talented version of Louisville. So the timing of this game looks good for the Hokies. Liberty has had success on the ground this year thanks to their quarterback, Malik Willis. Willis was a former VT commit who committed to go to Auburn and ended up at Liberty. He’s a good player who could be in the mix to start at many Power 5 schools. If the Hokies want to stop the Liberty offense, they will need to key in to stop Willis in the running game. The Liberty offense has put up some gaudy numbers this year. But they are hard to judged based on their level of competition.

Liberty’s defense looks good on paper but they’ve faced some of the worst offenses in FBS this year. So again, hard to judge. Liberty might be in for a rude awakening based on how good Tech’s running game is. They haven’t seen anything like it this season. Liberty will struggle with Tech’s outside run game and covering big-play receivers like Tre Turner and James Mitchell. Not to mention the speed of Tayvion Robinson. While they have a capable defense, they haven’t seen an offensive team like the Hokies this year.

This is an important game for Liberty. This is their first top 25 ranking in school history. We know whenever a non-Power 5 school in Virginia gets to play Virginia Tech, it’s a big deal for them. This is the game they’ve had circled on their calendar this year. If they weren’t ranked, I’d be more worried. That little number by their name means that they’ll get the Hokies full attention this week. Liberty will definitely put up some points this week, although they will struggle at times with Tech’s pass rush. Liberty will have A LOT of trouble with Tech’s ground game. Again, they haven’t seen a team that runs the ball as well as the Hokies. Liberty may keep it close in the first half but Tech will pull away in the 2nd half.