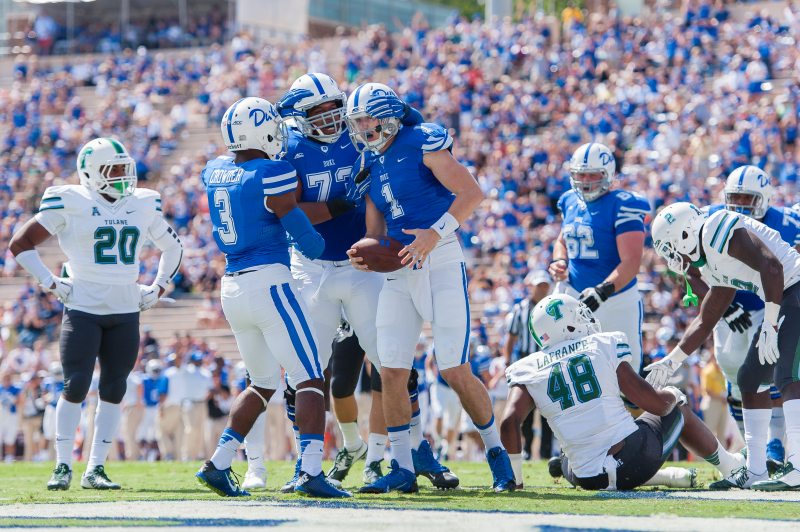 The Hokies have to win this game if they hope to make a bowl this season. A loss would put the Hokies at 3-5 and would mean they would have to finish 3-1 in order to make a bowl. They do not want to put themselves in that position. On paper, this is a game where the Hokies are favored and if they play like they are capable of, they should win this game.

Duke’s offense is even more anemic than the Hokies’ offense. They rely on the running game and a running quarterback (uh oh). Even with the youth in the secondary, the Hokies should be able to limit the Blue Devils’ passing game. The key to this game will be limiting QB Thomas Sirks’ rushing yards and limiting the Duke RBs from getting involved in the passing game. As long as the Hokies’ defense can play disciplined defensive football in these two areas they should be able to limit Duke offensively.

In theory, the Hokies should move the ball better with Michael Brewer behind center but there are a couple of things about this matchup that concern me. Michael Brewer isn’t particularly mobile and Duke likes to show a lot of blitzes and coverages. Michael Brewer needs to be able to recognize the blitzes and get the ball out of his hands quickly. We cannot have a sack fest like we saw against Pitt.

The Hokies would be well served to lean on their running game. They need to feed the ball to Travon McMillian early and often. If he is rushing for 7+ YPC, don’t take the ball out of his hands. The Miami game would’ve gone much differently, if the coaching staff had kept giving Travon the ball.  This will help Michael Brewer and open up the play action passing game. Michael Brewer cannot be successful if he has to drop back on every down against an aggressive Duke defense.

This will be a tough challenge for the Hokies but it is a game that they can win. Let’s hope the team hasn’t packed it in. If they can play smart and disciplined football, they stand a good chance to win this game. This is a game where the defense will have to stand tall in order for the Hokies to win.