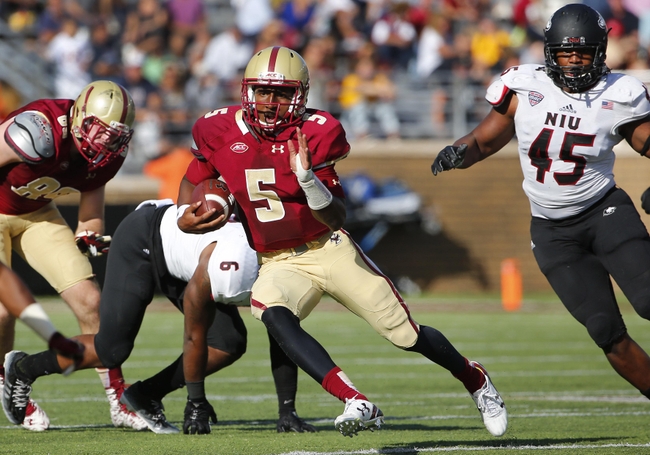 If you like crisp offensive football, don’t tune in on Saturday. This one is going to be ugly. Like Wake Forest 2014 ugly. Boston College has one of the worst offenses in FBS but they also have one of the best defenses. This is going to be a game where neither offense will be able to do much and the game will be decided by field position and turnovers.

If there was ever an offense that was going to make the Virginia Tech defense look good, this is it. The BC offense lacks talent at the skill positions and there really isn’t a player that scares you.  The only player that I’d be concerned about is Jeff Smith as a running QB. The Hokies have had a ton of trouble stopping running QBs this year and you know that the BC coaches have seen enough film to know to use Smith as a weapon.

As good as the BC offense is going to make the Hokies defense look, their defense is going to lay waste to our offense. I’m concerned about Michael Brewer and his surgically repaired collarbone. The Hokies haven’t seen a defense like this since Ohio State and this defense might even be better than Ohio State’s. This is a game where the Hokies offense needs to be patient and show balance. If the Hokies get behind early and have to throw often against this aggressive defense, look out. The best you can hope for is that the defense sets up the offense with good field position and the Hokies offense can put some points on the board.

This is a difficult game to pick. Both teams need this win in a big way as they are both looking to qualify for a bowl game. I’m going to go with BC to win because I think their defense against the Hokies offense is a mismatch and should be enough to pull out the victory. It’s good that this game is on Halloween because it is going to be ugly enough to terrify any college football fan.